For the Love of Dogs

[divider_line]
Silence on the other end of the line as the Canadian Avalanche Rescue Dog Association (CARDA) Instructor Coordinator pondered this common question, then launched into a speech that I’m sure she’s given thousands of times. “It’s a lot of work for both you and the dog” she started with.

And so began a four year journey to validation that at times has bordered on obsessive. 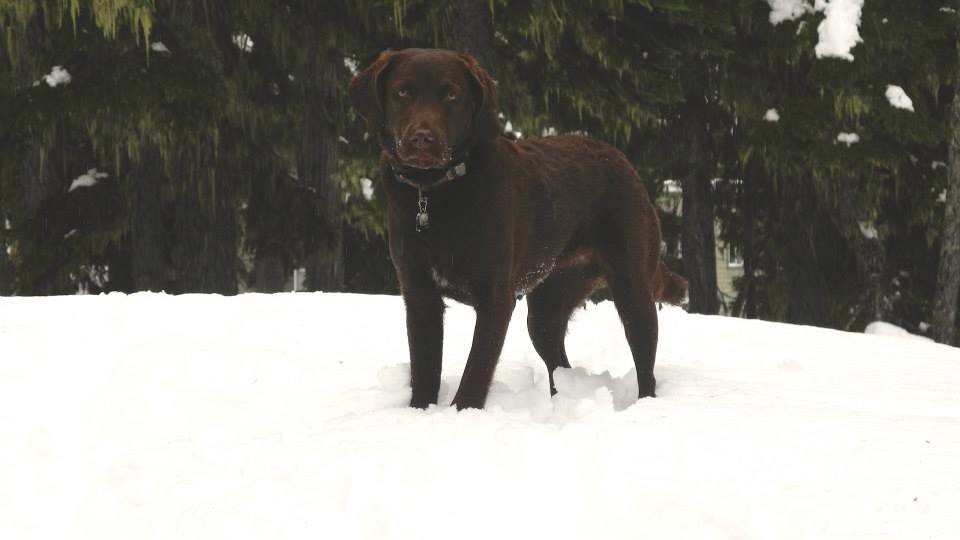 It actually started with this one, Juno, a Chesapeake Bay Retriever… but it almost didn’t. Just weeks before picking her up an experienced CARDA handler not-so-subtly suggested that I get my deposit back and put my name down for an Eromit Labrador. Chuffed, I set about trying to convince him that I had done my research, that I’d had a Chesapeake before, that I knew what I was doing.

I didn’t. How can you be confident what will work when you haven’t even taken a step into this world? 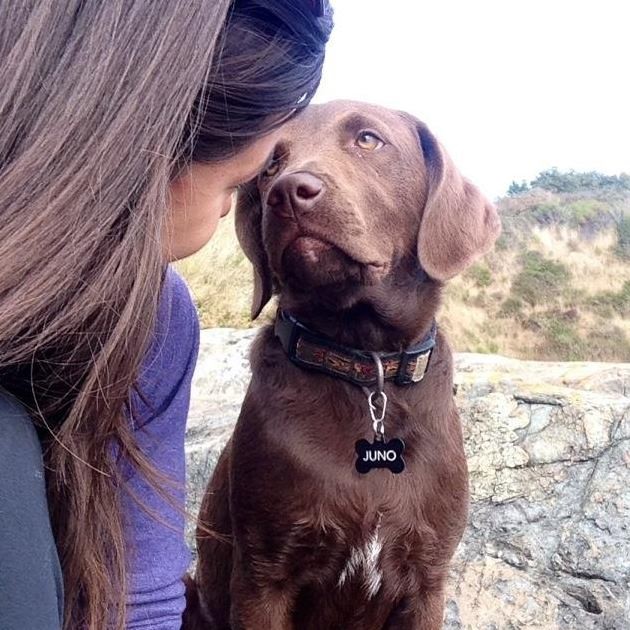 Bonding with my daughter

Adjusting to having a working dog instead of a pet was a big hurdle for us all. It was a confusing time – my sometimes harsh comments of “Don’t give her commands”, “No not like that”, “You can’t do that with her” were often met with rolling eyes from my teenage daughter and my partner. I was learning how to train a working dog, and they were learning how to be affectionate to the dog without overstepping the ever changing boundaries I put in place. It was a delicate balance at times.

Despite my best efforts, a year later I found myself driving home from a CARDA training camp, tears streaming down my face so hard I had to pull over a few times. The RCMP instructors had decided that despite her strong drive, her unpredictable skittish behaviour wasn’t conducive to being a search dog. Agreeing with their assessment didn’t make washing her from the program any easier.

“This sucks. But you can’t leave this program, you have a lot of potential” were the first words of consolation that I received. “Do you want to rehome her?” were the next ones.

Shocking at the time, I find myself saying the same things to new handlers whose puppies have been washed out. I understand now that a good handler looks for the situation that will benefit the dog, as hard as that may be for the handler. In the end I decided to keep Juno but was only able to do that with the support of my family. At times it’s still hard to see that she’s more connected to them than me now. 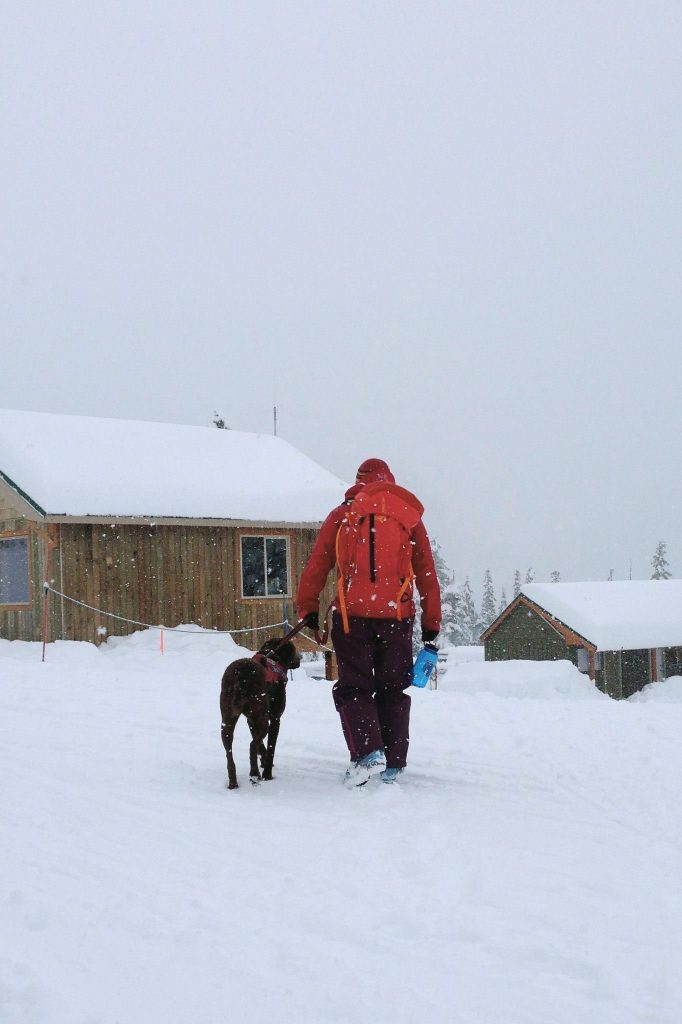 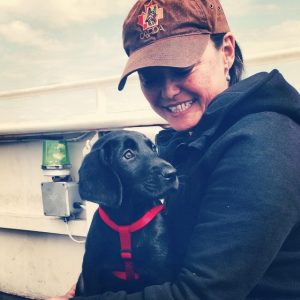 A few months later I picked Rory up from Eromit Labrador Retrievers, the exact kennel that was mentioned to me two years prior. He was a boisterous 8 week old Lab who the breeder picked for me in tiny part because he was brave enough to jump on a running vacuum cleaner. Erin and Tim believe so strongly in supporting the K9 search and rescue community that they donate one of their precious dogs to a handler every year. I was the lucky 2014 recipient.

With a year of training Juno under my belt, reading a dog-eared and marked up copy of The Art of Raising a Puppy, watching countless Michael Ellis training videos, and asking questions upon questions from any of the experienced handlers who would talk to me, I had a plan in place for this pup. The first months were spent working on nothing but engagement, something that Michael Ellis refers to as the foundation for all dog training. No “sit” or “shake a paw”. I was teaching Rory that the funnest person in the world was me.

Our first few months were full of exploring. I made a list of all of the experiences I wanted him to have and methodically checked them off. Climbing stairs, listening to unusual noises, meeting new people and animals in safe environments were all part of his initial socialisation. 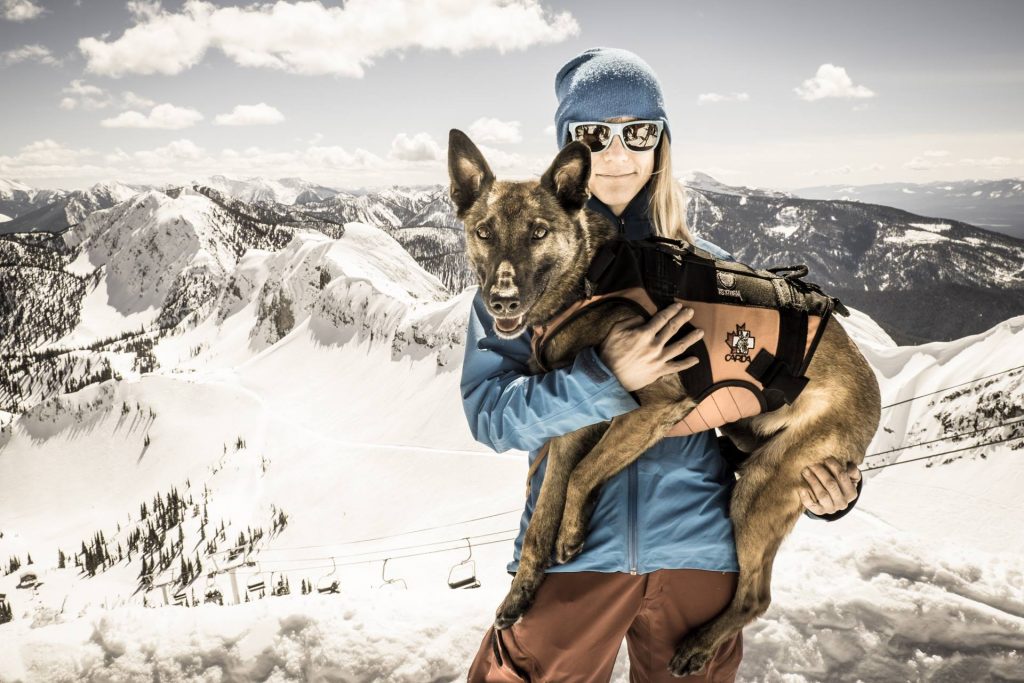 The CARDA program is laid out in front of you –  puppy assessment in May, ski test and beginner course in January, intermediate course the second May, and finally, if you’re ready, your first validation attempt in January of year two. There are those who don’t make it through the puppy assessment, never mind through to validation. No one breed is perfect – Labs, Border Collies, Goldens, German Shepherds, Tollers, Malinois and mixed breeds have all come through the program successfully. But sometimes there’s just not enough drive, not enough desire to work, just not enough to eventually be trusted to find someone.

There’s a saying in SAR dog training: “Would I want an 80 percenter looking for my kid?” 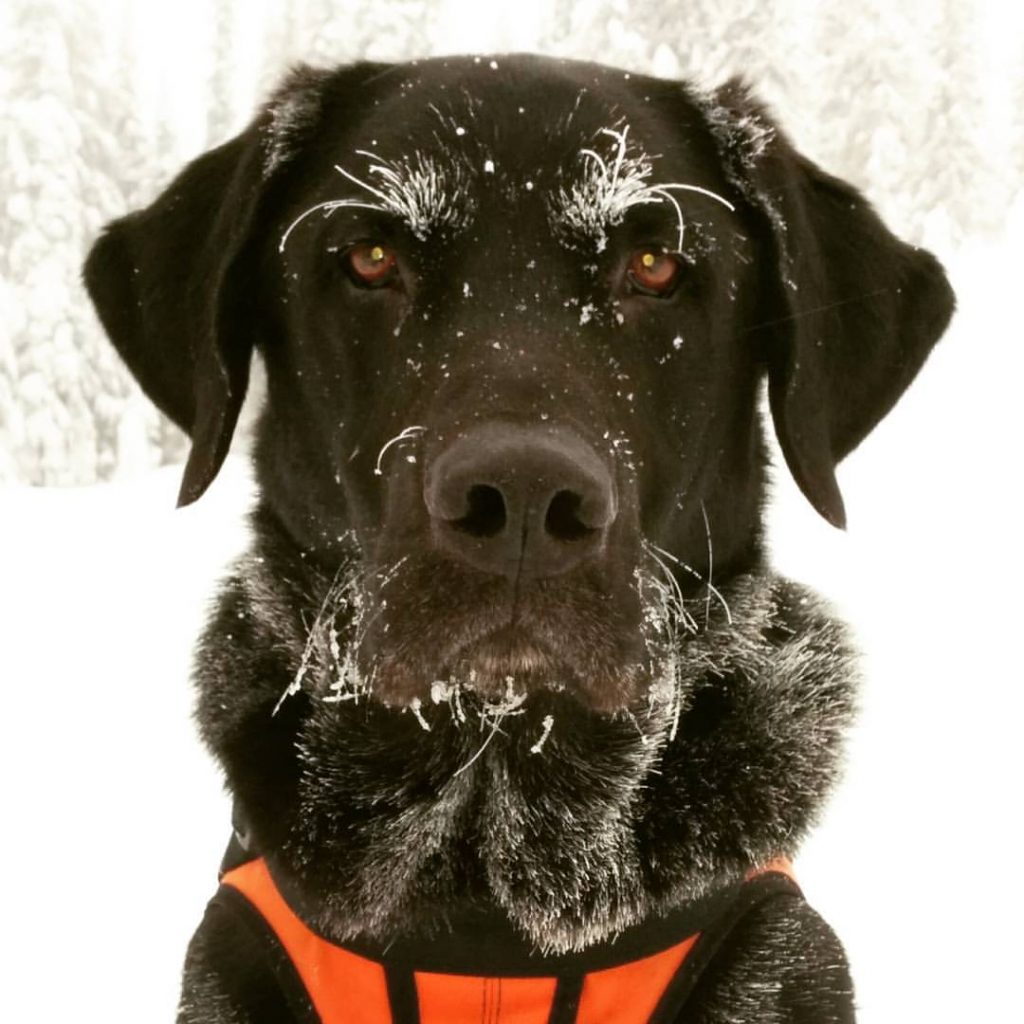 We are in luck if, in training a dog, we can use his instincts as the basis for what we require. For the more instinctive an action is, the more reliable it will be. – Konrad Most

As in the rest of life, for every action there is a reaction. In training a high drive dog I’ve learned that this can have big consequences. Someone described it to me like a pendulum – the actions you take to correct one behaviour can push the pendulum way over to the other side if you don’t know when to back off or change direction.

Introducing a ball as a reward for a completed search worked well until it didn’t. Rory decided that the ball was more fun and eventually stopping bringing articles back to me, preferring to rush back for the ball. Fix it by not carrying a ball, now it’s more fun to play keep-away and self-reward with the article. Swing, swing, swing, back and forth it goes. 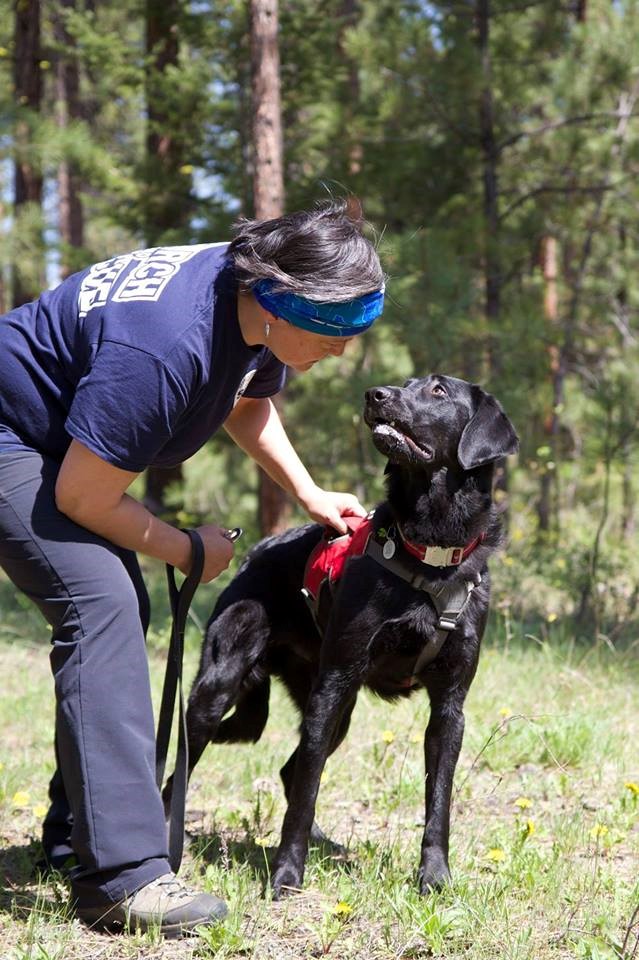 The moment before I say his favourite word – SEARCH

For those who aren’t professional patrollers at a hill with an established dog program, most of our training is done alone. With the exception of two courses a year, we figure it out through endless emails, phone calls, sent videos, and lots of driving to have a few hours with a mentor. I’ve spent thousands of dollars in the past two years, all out of my own pocket until recently, when my SAR team stepped up to provide a bit of financial support.

My fellow volunteer patrollers at Mount Cain, a small, not-for-profit ski hill raised $300 for us at a beer garden as a thank you for being part of that community.

CARDA also recognises the work that goes into a lifetime of training and uses grants and donations to help keep camp costs down to a manageable level, and is generous to their validated handlers with various swag and gear. 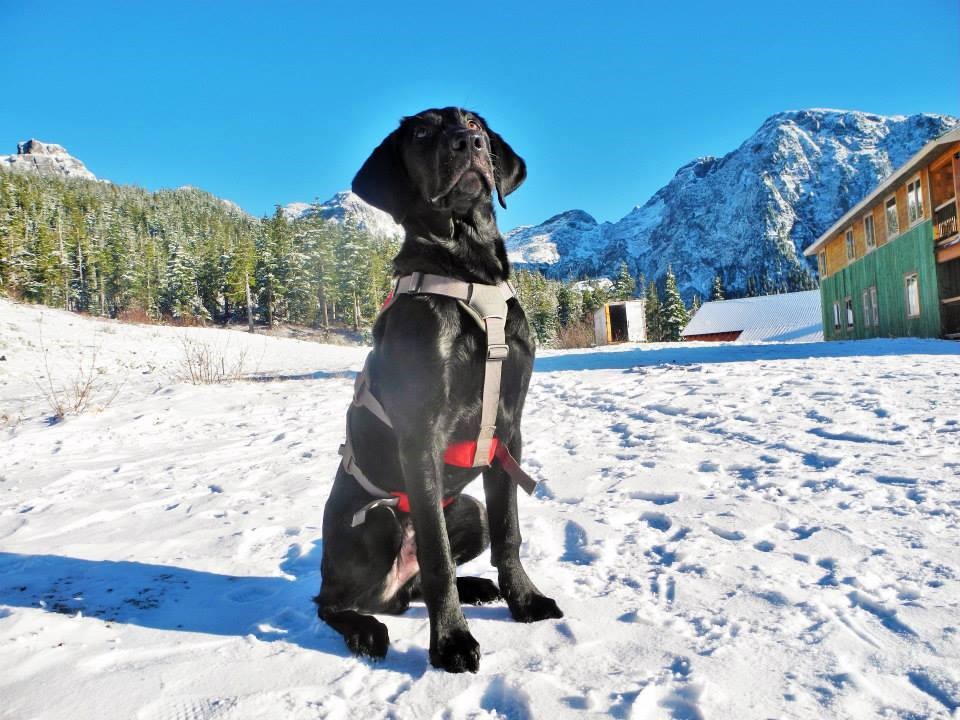 Like most people who train search and rescue dogs, I just want to help someone. Find someone who’s lost, recover a body for a grieving family. What sounded like such a simple goal at the beginning has turned into a complex maze of weekly training plans, never ending courses, bruised egos and personality clashes. Dog handlers are a strong willed group and at times not all pulling in the same direction.

Handling Rory has taught me how to control my temper and believe in myself.

I’ve also learned to keep my mouth shut and to absorb everything I can when an instructor speaks. To try out every technique I’m given, then decide what works for Rory and I. To blink back tears and grit my teeth when I feel like a total failure. To walk a little taller when we succeed. 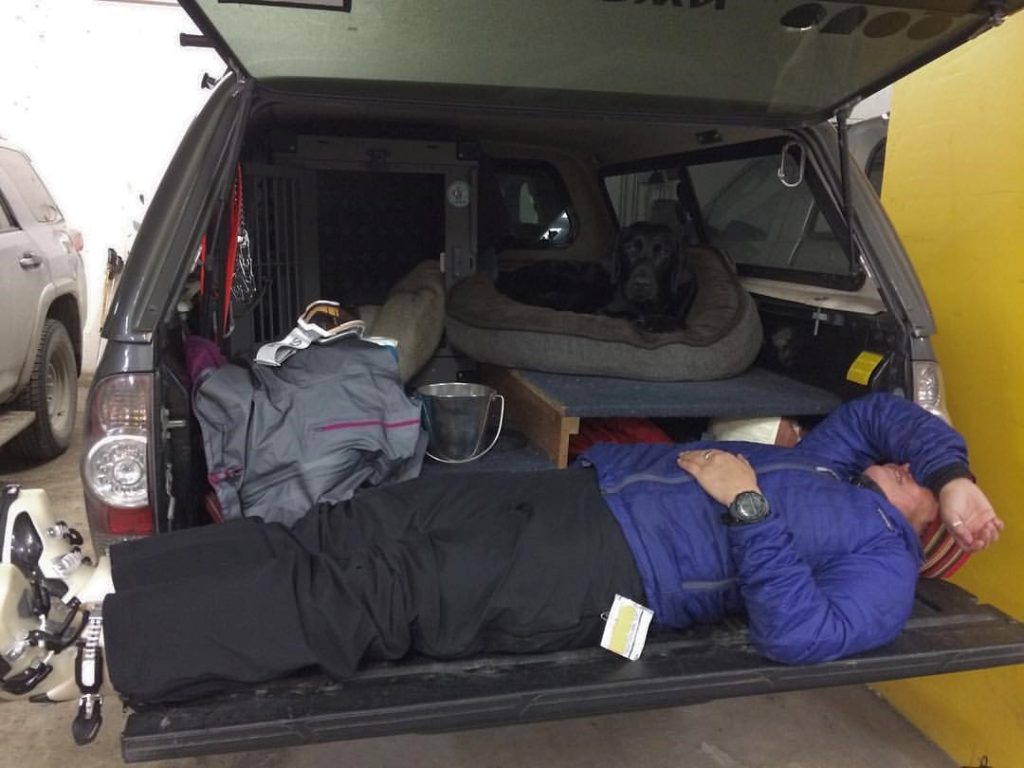 And in what has seemed like a blip in time we’re now a validated avalanche rescue team. So many ups and downs, so many tears, so many moments of total love and elation, so much more work to do in the years to come. 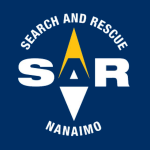 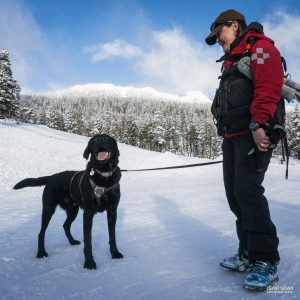