The entire Ground Search and Rescue community in British Columbia is delighted with the Province’s announcement of $18.6 million to fund the 80 recognized GSAR groups across BC. This will provide 3 years of stable funding to the 80 groups and begin to implement the BCSARA Alternative Support Model. This investment in search and rescue provides much needed predictable funding championed since 2013, and kick starts the proven and effective Alternative Support Model. This announcement compliments funding supports already in place from local government and other sources.

BCSARA and the 80 GSAR groups sincerely appreciate the support received from everyone over the last weeks. We especially want to thank the many elected officials across all levels of government in BC who voiced support for funding search and rescue, the many government officials who have worked tirelessly behind the scenes to see this announcement happen, and to the general public for sharing our concerns on social media and reaching out to their elected officials voicing support. Thank you!

BCSARA will begin work immediately to implement a plan that will effectively allocate and distribute the funds quickly to the 80 GSAR groups, to the AdventureSmart SAR prevention and BCSARA Critical Incident Stress Management Programs. Work will also begin in setting the ground work for implementing the Alternative Support Model, including hiring support employees for BCSARA and the GSAR community. As the plan is built, messaging to the groups will come through your regional directors.

This is a momentous day for the ground search and rescue community in BC. On behalf of the 80 groups and their 2500 volunteers who respond to 1700 tasks annually, thank you! 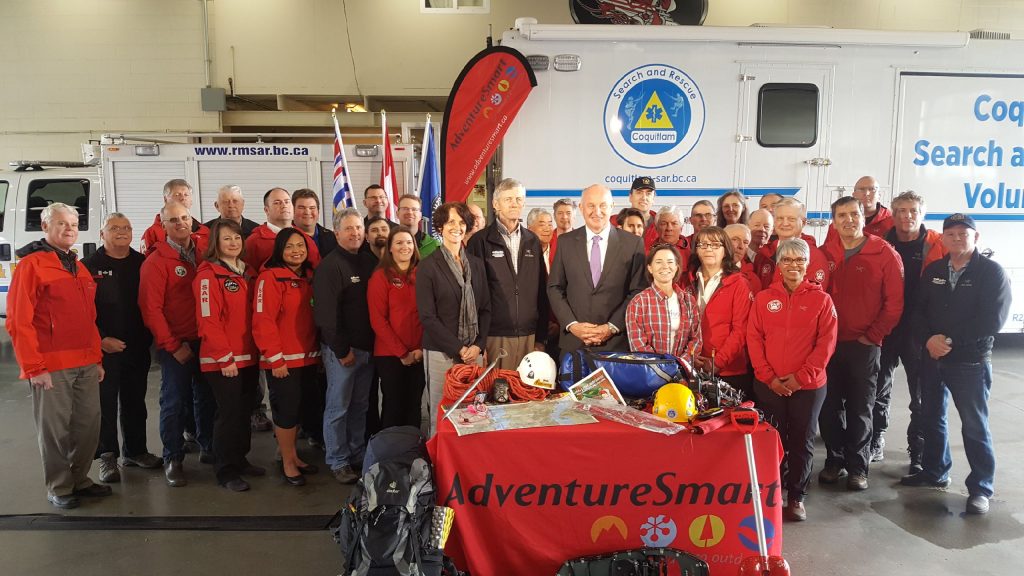