No Charge for Rescue Videos Released 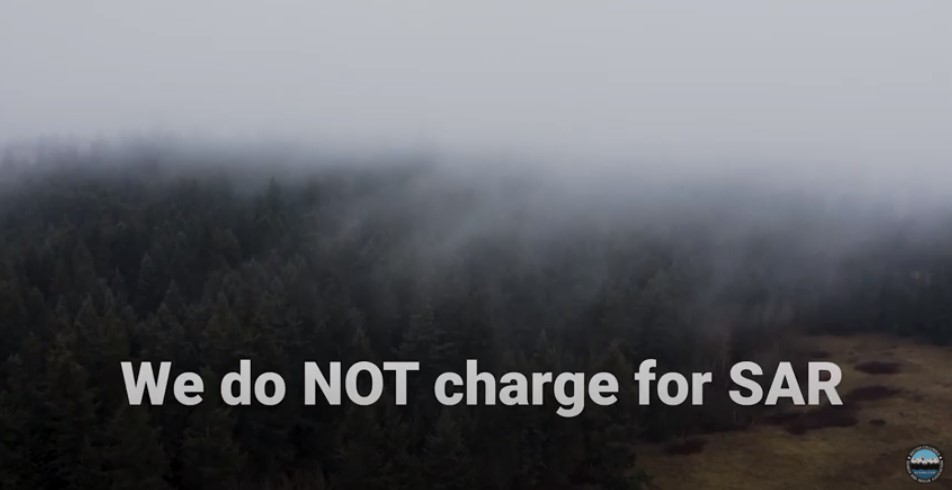 The British Columbia Search and Rescue Association (BCSARA) wants to remind everyone that at no time is anyone who is lost or injured in BC’s outdoors ever charged for the cost of the search or rescue when you call 911 and with that in mind BCSARA has released several videos to explain our position.

“We produced these videos to clarify with the public that they should never hesitate to call 911 for help,” said Chris Kelly, President of BCSARA.

Over the years, stories regularly appear that speculate on whether or not those who get lost should be charged for the cost of the search to find them or that you should purchase insurance to cover the cost. That has never been the case in BC, however the rumours continue.

“Our biggest concern,” Kelly continued, “Is that a hesitation to call for help because of this misunderstanding will result in either significant injury to the subject or worse.”

BCSARA wants to remind the public there are more than 3,000 volunteers (2,500 highly trained members along with over 500 members in training and resource members) across 79 ground search and rescue groups throughout the province and these volunteers are ready to respond 24 hours a day throughout the year.

The video series can be found here on BCSARA’s website.

BCSARA encourages everyone to get informed before you go outdoors! BC AdventureSmart offers a wealth of outdoor education, recreation resources and lifesaving tools, like the AdventureSmart Trip Plan App. “Know Before You Go” and follow the Three Ts: Trip Plan, Train and Take the Essentials. For more information go to our website and click on “Outdoor Education”